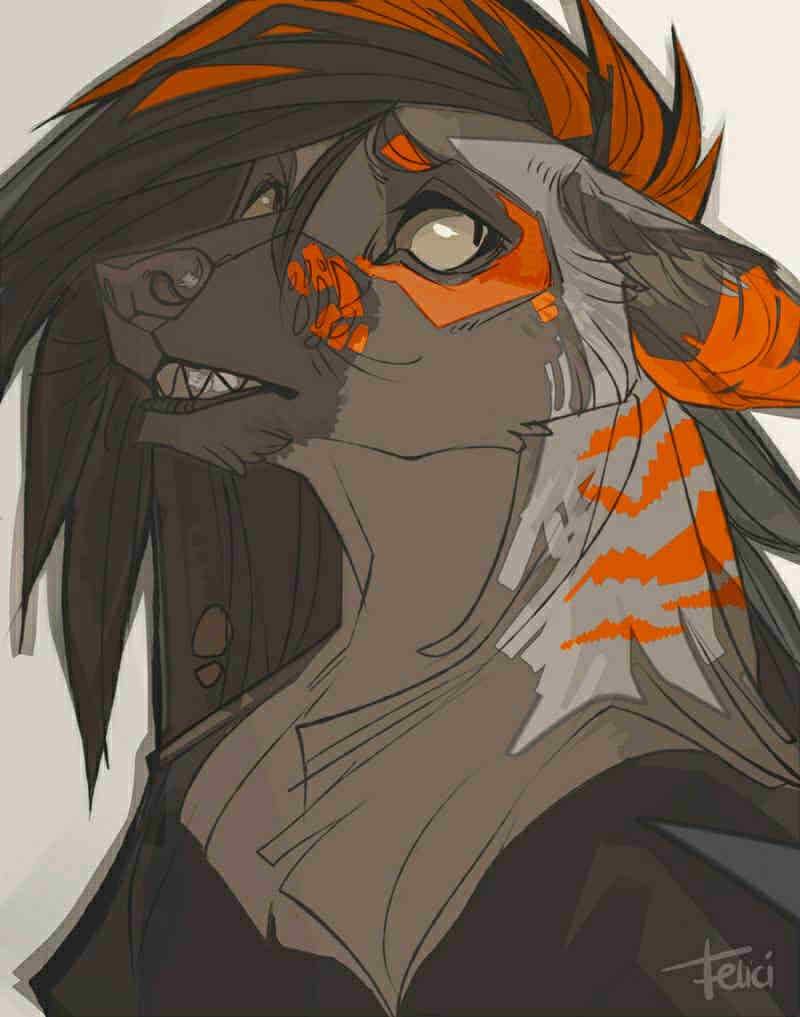 Bio: Ux-Pebblepaw, Chosen-By-Stone, is one of the most revered members of the Ember Fang tribe of gnolls, a tribe that has made a pact with Sheska Queen of Stone to guide travelers to and from the medusa-run city of Cazhaak Draal in exchange for hunting rights to the lands surrounding the city.

Despite his youth, Ux holds a very high level of respect in the tribe. While hunting during his rite of passage, Ux fell upon a nest of young cockatrices. Bitten by one of the young creatures, Ux slowly felt the paralysis of stone taking over. The Medusa Queen happened to be nearby, and seemed drawn to the gnoll. Using her kiss, she halted the effects of the bite, but did not reverse them. It was then that Ux himself could hear the songs in the stone, and his magicks were awakened.

Ux sees his stone fist as a mark of power and a sign of his debt to Queen Sheshka. The pup is eager to prove himself and fiercely loyal to his tribe and those he considers friends. Ux values honor and integrity, and although his powers set him apart from his fellow pack, he is still integrated into their society. One of the few members of the pack who can speak the tongue of Galifar, Ux has become one of their greatest guides.