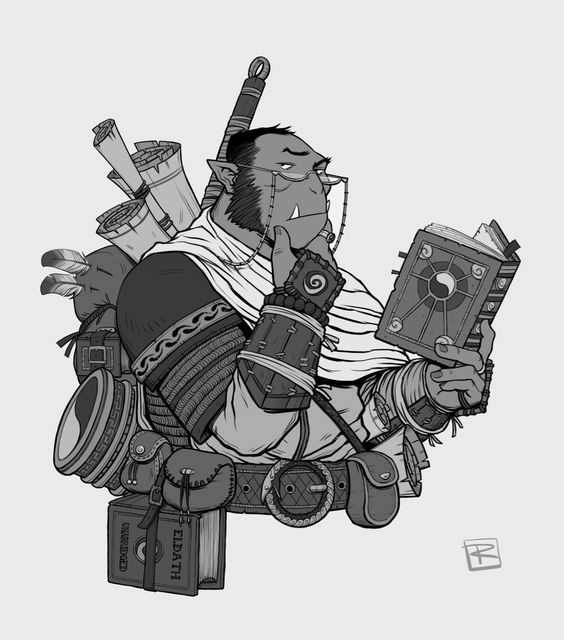 Bio: The Curator runs a goblin antiquities shoppe in Graywall called Raat Dhakaan. Born in a small Brelish village, the Curator moved to Graywall when Kell's daughters claimed sovereignty over their new land, in hopes that he would be able to cater to a more select clientele. The Curator left his name with Breland. Raat Dhakaan is half curio shop and half library, even though the majority of his customers cannot read. The Curator hopes to acquire enough funds from his trades to take a holiday to Darguun where he can learn firsthand about the history of his proud people. His most cherished item in the shop is a stuffed dolgrim brought to him by a few lucky trolls.

The Curator dislikes Raxys, but holds a grudging respect for him as he bears significant relics from the Dhakaani Age- though if he could find a way to purchase or wrest those relics from the party honestly he would do so.