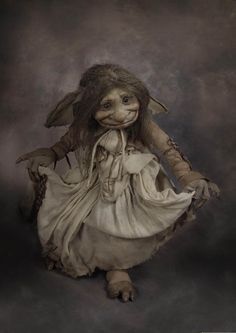 Bio: Sekret was born into the service of a hobgoblin lord in the Seawall Mountains. Little changed for Sekret during the Last War of the human nations. Her servitude passed from one warrior to the next, and for a house slave she was treated better than most.

A hobgoblin warband found their way to Droaam, and Sekret eventually found herself employed by the Twilight Palace (an indentured servant treated better than common slaves, but still bound to her station).

Freed from captivity from Raxys, Sekret maintains Kellkroft manor and enjoys leisure and luxury for the first time in her long life.

(Sekret is the mother of Raxys)