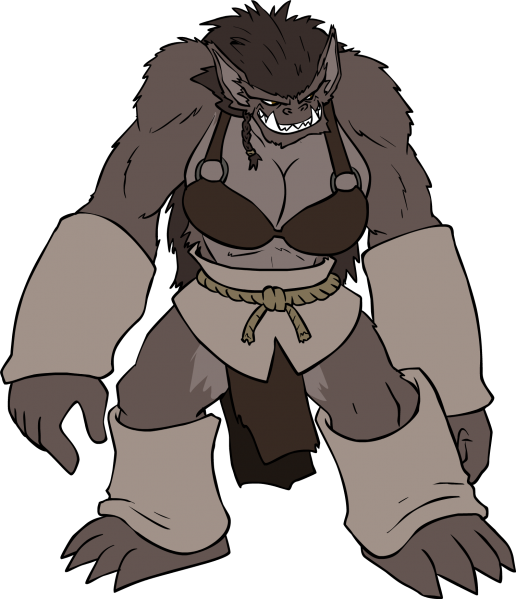 Bio: Born of two worlds, Korrazah was the child of a Kech Volaar bugbear pit fighter named Garuuf, and an orc Gatekeeper of the Eldeen Reaches known as Menko Lashvine. Circumstance found the bugbear gladiator far from home in the Byeshk mountains on behalf of his clan at the same time as Menko was seeking ancient relics to aid her organization in that very mountain pass. A child was conceived from the unlikely tryst, but carrying the child proved too much for the Gatekeeper. Near to term and lost in the wilds of Breland, aid came to Menko from a figure right out of story. Sora Maenya, the Mother of Appetites, came upon Menko in her makeshift camp. Maenya sensed much strength in the child to be, and offered to save its life in exhange for the mother's. Knowing that she would die either way, Menko agreed to the terms, on the condition that the child was taught the ways of both of her peoples. Bemused, the black hag agreed and delivered Korrazah into this world and bestowing her blessing upon the child before consuming Menko.

Maenya fostered the half-breed child with the giant-in-exile Gorodan Ashlord, who in turn pushed the care of the child onto a minotaur warrior under his rule. The minotaur was skilled in both battle and forging armaments for those battles. He named the bugbear-orc Korrazah, combining Goblin and Orc words for Attack and Bite. 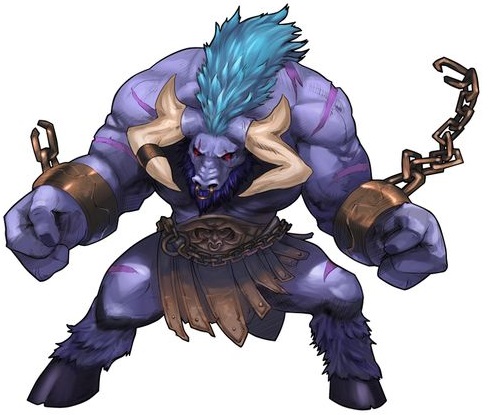 Korrazah's mentor taught her the ways of battle, as she was expected to fight in Gorodan's pits as soon as she was tall enough to wield a weapon. Of goblin and Gatekeeper culture, the smith knew little, but the words were taught to the child as promised. Korrazah spent her youth in chains- whether chained to the anvil with her tutor as they crafted weapons for their lord, or anchored to the arena as she was thrown against experienced fighters years her elder or strange beasts captured from the Ashlord's lands. Mercy was a luxury, extended only when her opponent was warned not to destroy Gorodan's little prize.

The first weapon Korrazah crafted for herself with help from her tutor was a heavy headed mace on a length of chain- a flail she named Khaari'va in the tongue of her father- Bloody Goodbye. An oni of Gorodan Ashlord's court enchanted the cold iron weapon to hit harder than most weapons its size. 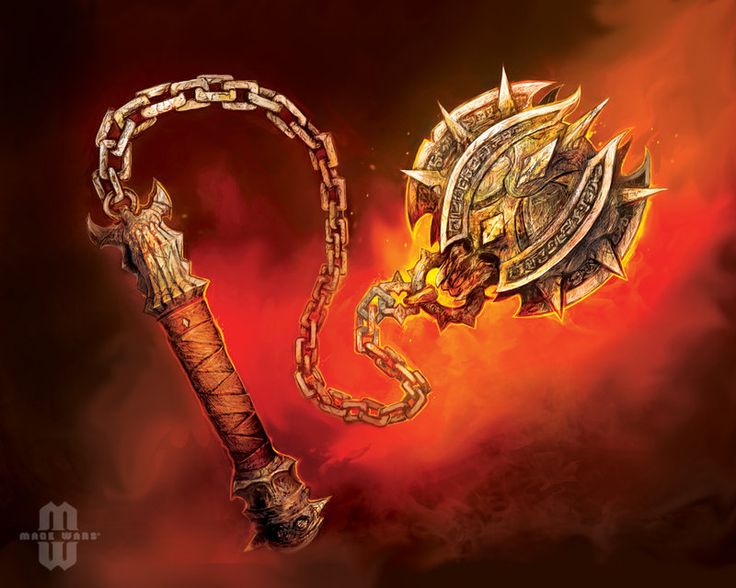 In her sixth season, she and her mentor (as well as most of Gorodan's fighting stable) were given to the Daughters of Sora Kell as tribute for their newly declared nation. Korrazah was taken to Graywall- a small town built upon the husk of goblin ruins. Korrazah, like many of the gladiators, were placed in the newly established pits and arenas surrounding the quarry where laborers pulled stone to build the town.

Korrazah's strength flourished, and she was gifted many treasures by gambling patrons who profited from the young girl's skill. Korrazah and her mentor were sold to the Gore-Horn arena- a stable that featured many skilled warriors known for having hoof or horn- in many cases both. Over the next decade, the young girl grew into a fierce warrior in her own right. Few foes withstood her amazing skill with chained weapons- weapons which Korrazah forged herself from the shackled links of herself and those around her. The hostess of the Gore-Horn, Maeve, took considerable interest in Korrazah, and began to reward the girl's exploits in information about the peoples of her parents. With newfound determination, the warrior felled foe after foe to learn about the Dhakaani empire of old and the Gatekeepers who seek to protect the world from unknown horrors.

In local custom, Korrazah had a fine collection of many teeth of her kills. Although most residents of Graywall could not read, Korrazah had been taught by Maeve and some of the other gladiators to read scripts in the languages of goblins, giants, and orcs. Korrazah insisted that every tooth she claimed was inscribed with the name of the victim so she could remember her battles. During her fourteenth year, Maeve gifted the girl with her most prized possession- the inscribed tooth of her father. Maeve would not say how she had come by the tooth, or if her father still lived, but Korrazah soon discovered that with the power of her father's tooth, she could learn more about those she had felled- stories unfolded as to who they were, where they were from. This made the girl cherish each tooth as a memory instead of spending them as most others did.

From the chains of her bonds, Korrazah forged another weapon to aid her in the arena- a length of barbed chain. In her mother's language she named this Thu Varg- Broken Chain, and Korrazah used this weapon to study the chain-fighting techniques of her father's kin. After a particularly gruesome fight where Korrazah was pitted against three gargoyles, Maeve had the magics added to the chain to allow the warrior to fight many foes at once. 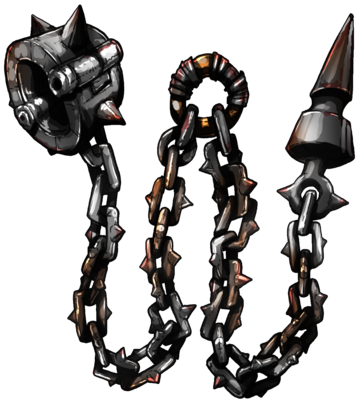 In 999, the Gore-Horn was fortunate enough to have a royal visitation from the three queens of the land- the Daughters of Sora Kell. A tournament was held, with the promise that the winner would be given a great reward personally by the daughters. Korrazah climbed through the tiers, eager to please the queens, though saddened that its cost was the lives of many of the warriors she had grown up beside. Throughout the days of the tournament, rumors abounded that Korrazah would be pitted against Nobru the Gore-Horn's elite champion. Korrazah knew the minotaur well, though she had never faced off against him. On the final day of the tournament, Korrazah had one opponent left. As the grate opened into the arena, she expected to see the dark-furred Nobru, but was taken aback when she was facing her own mentor. The minotaur smith bowed, and as the fight began, he whispered to her that he could not bring himself to defeat his daughter. He urged Korrazah to make the fight convincing for the sake of the visiting queens, and promised that things had been put into place for her continued safety.

With grim resignation, Korrazah ended her mentor. The roars of the audience were deafening. Korrazah pulled a tooth from the jaw of her fallen father figure. That evening, she met the queens to receive her reward. Sora Katra gifted her with the ability to see foes lurking in shadow and darkness beyond the scope of most Graywall inhabitants. Sora Maenya bestowed a belt upon the girl crafted from the hide of her victory, the belt of Mur'Kazaht Sorghun, so that her mentor would always be with her. Sora Teraza offered the girl her freedom from all bonds if she would agree to assist other champions of the Daughters in their quests. With nothing tethering her to the Gore-Horn any longer, Korrazah agreed and joined the entourage of the Daughters of Sora Kell as they returned to the Great Crag, the capital of their nation.

In 999 Korrazah joined the party and was surprised to learn that she would have two new mentors for both of her hereditary cultures. The goblin Raxys would teach her lessons of ancient Dhakaan and the honor of being dar, and the orc Gatekeeper Mosh brought her on as pupil and Hunter.

While visiting the strange lands called Aundair, Korrazah fashioned new weapons for herself and her newfound family- daggers crafted from the teeth of a dragon felled by the party in Xen'drik, the fiendish Tharalashk. With the smith Arinna's assistance, the crafted daggers were forged with the capability of doing great harm to evil, so that the party could better defend themselves and others.