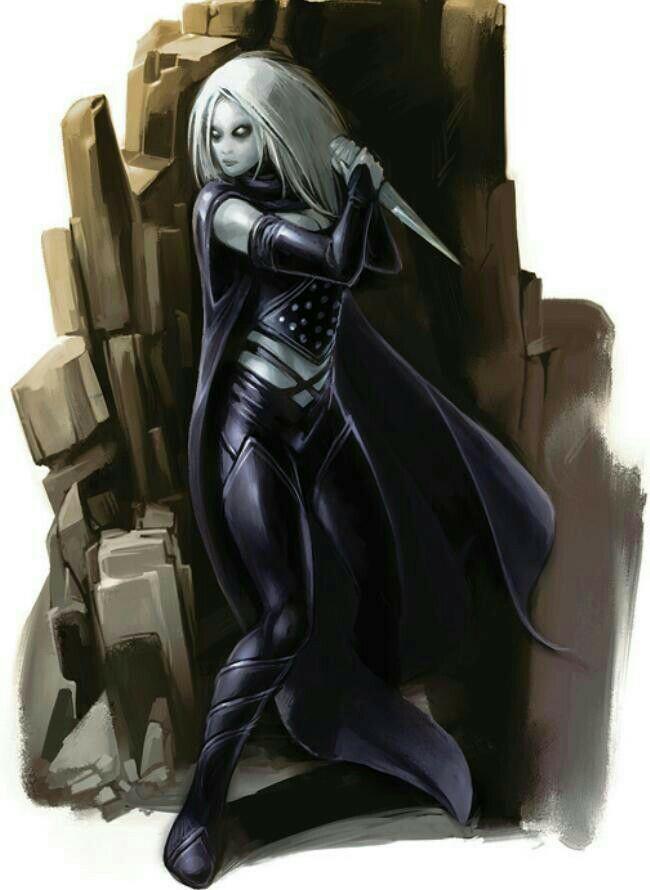 Bio:  Sem has spent most of her life treasuring hunting by traversing ancient Dhakaani ruins, seeking sacred relics of old to turn around for a quick profit. She likes mischief, and is steadfastly dedicated to the Traveler. Sem was once Cyran, but she left her homeland at an early age to avoid the ravages of war. An opportunist and thrill seeker, Sem took Raxys under her wing in the Seawall Mountains, teaching the goblin much about the ways of the Traveler and enjoying his company for several years before moving on to other  endeavours.

Sem has many faces for many different occasions, but she has three solid personas that she spends most of her time in, Merrin being the first persona she crafted while still in Cyre: 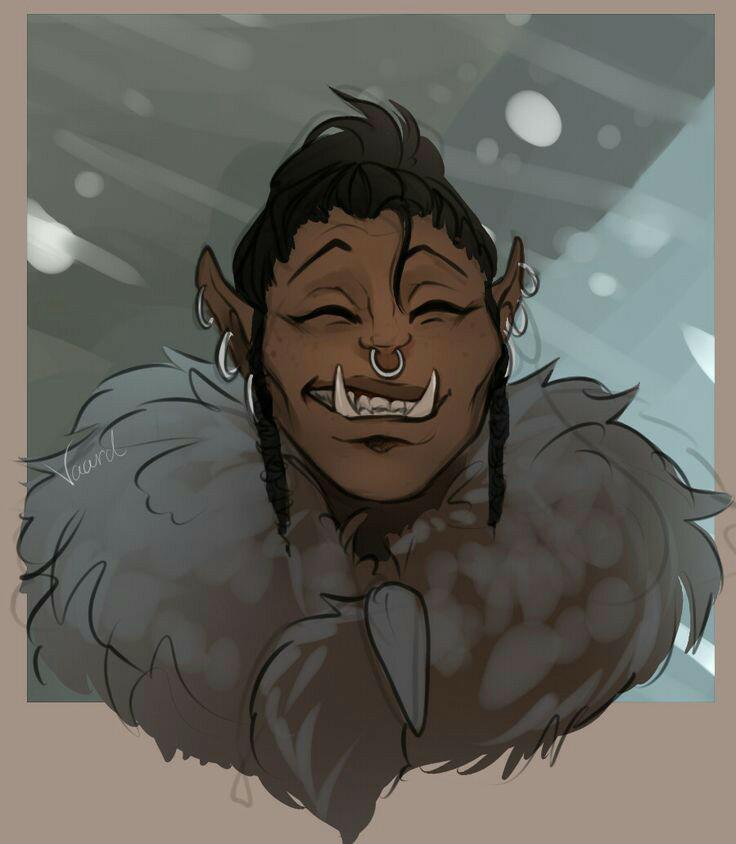 Bio: Jeenimisi Volaar is a wandering dirge singer. She pilgrims the Seawall Mountains spreading tales of Ancient Dhakaan to her people and seeking out relics of the past. She has many contacts among the tribes still hiding in the mountains, and she often spends weeks in a particular ruin seeking some nearly forgotten tidbit of goblin history. She has tutored her pupil Raxys in the proper ways of the dar, and spent several years in his company, but finally had to part ways when it became apparent that the affections the young goblin held for her for not returned. 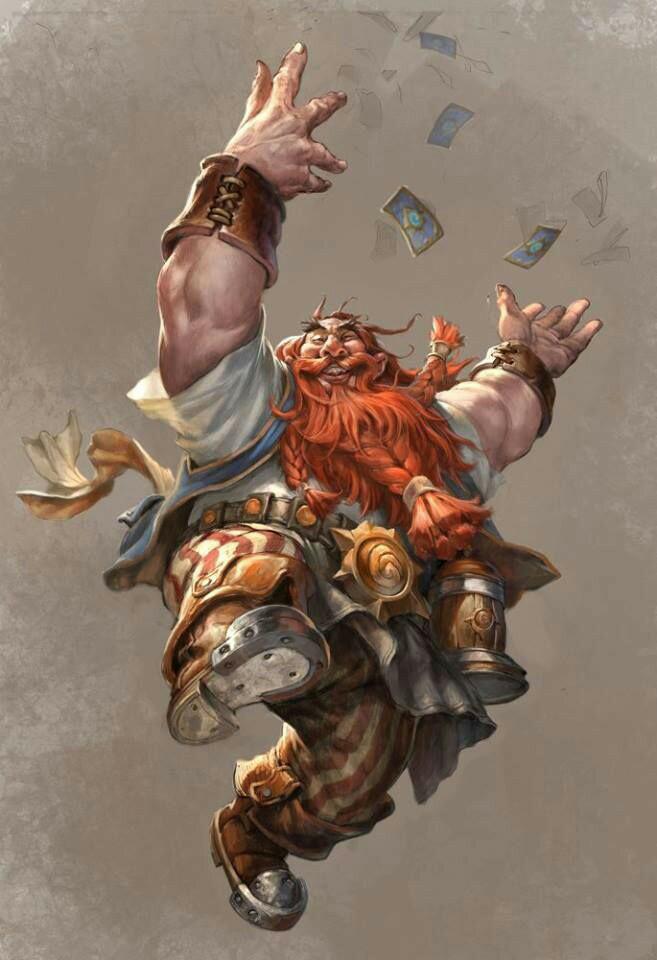 Bio: Khereg Durbannek Kundarak is a minor lord of the House of Warding, possessing rudimentary magical talents as well as the Least Mark of Warding. The ever-jolly dwarf sees humor in all situations, which has found him in hot water on quite a few occasions. Khereg uses his station and family wealth to have a good time, frivolously living his life as a free man while he can, knowing that soon enough his playboy lifestyle must come to a close and his lifelong dedication to the house must take priority.

Khereg's best friend is the goblin merchant Raxys, and the two are notorious for getting kicked out of taverns all over Eastern Zilargo. Trouble never stays with the rake for long, though the namedropping of his house will only bail him out so often. Khereg has a tendency to get very drunk and sing bawdy Dwarven ballads loudly and off-key. 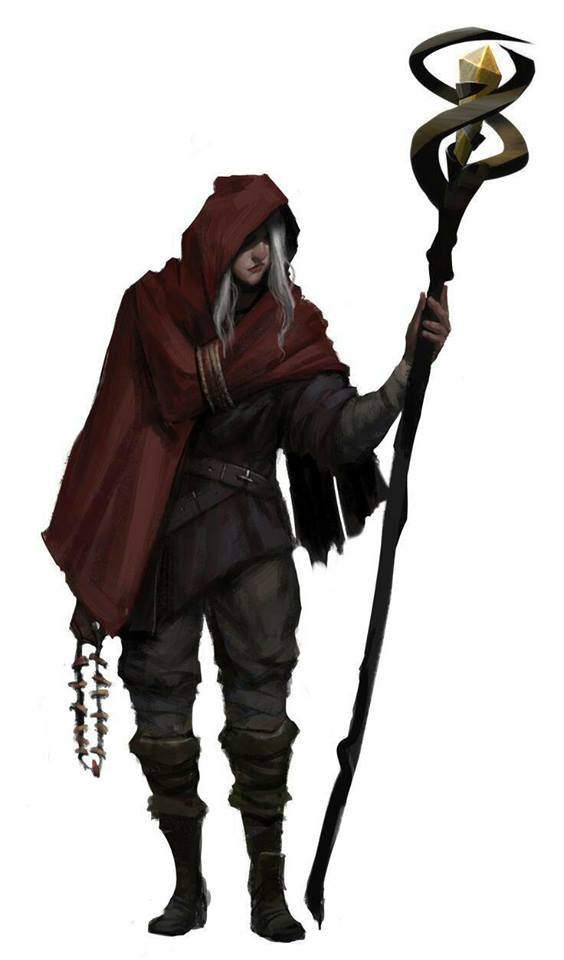 Bio: Merrin is a young man from the village of Easton in Cyre. Merrin is quite pious, and before the Mourning could be found most morning singing hymns in the temples of the Sovereigns. Fortunately Merrin was elsewhere on the Day of Mourning, and he now uses his uplifting songs of praise to raise the hopes of any Cyrans he comes across.