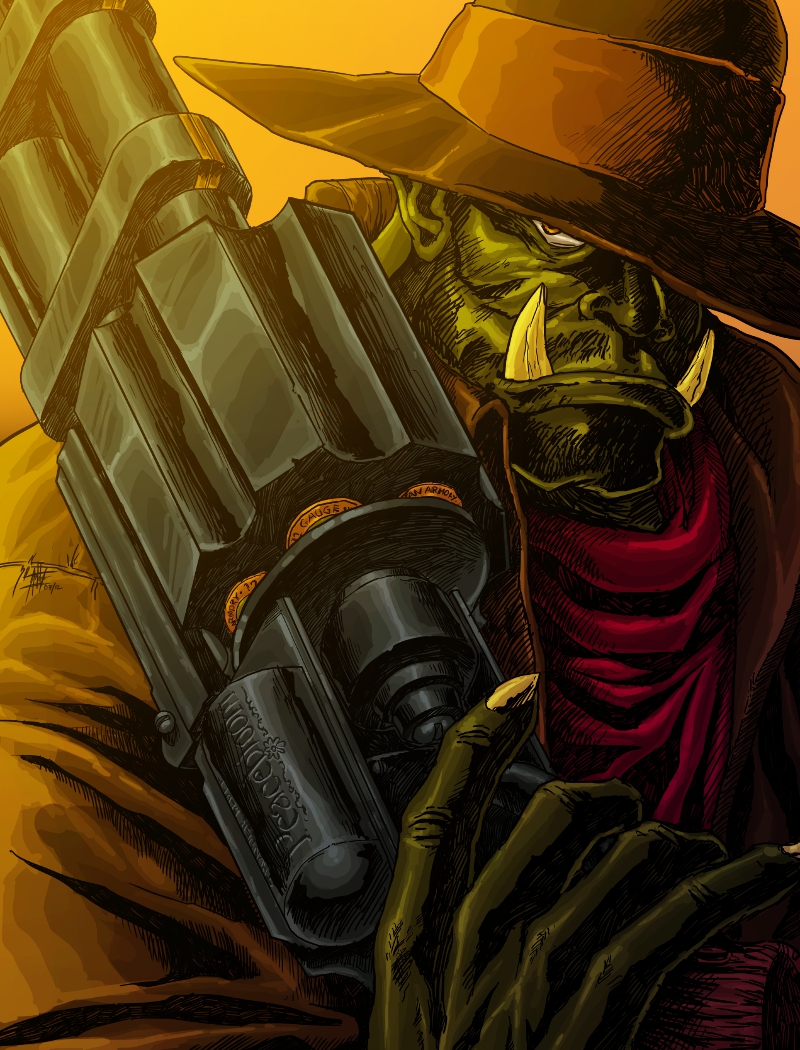 Bio: Dharly'Aashta is a scion of House Tharashk, excoriated for crimes against his kinsmen.

Born in the settlement of Zarash'ak, Dharly of clan Aashta developed the skills to survive the swamps of his home early. A gifted tracker with a wanderlust for adventure, his place in his House was secured when he manifested the Mark of Finding. 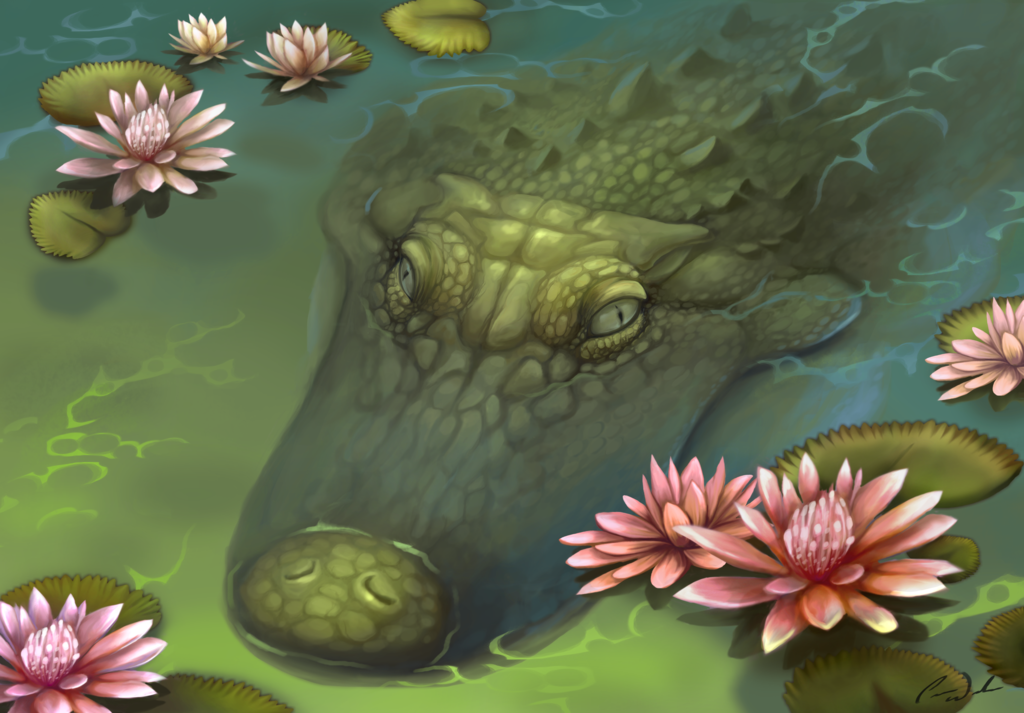 More interested in finding treasures than fugitives, Dharly traversed the swamps of the Matches for the Finder's Guild with his trusted alligator Angel. On a mission seeking an antiquated relic used by orcish druids in a bygone age, he encountered a rival-turned-lover, a scoundrel of a changeling he came to know as Kal. 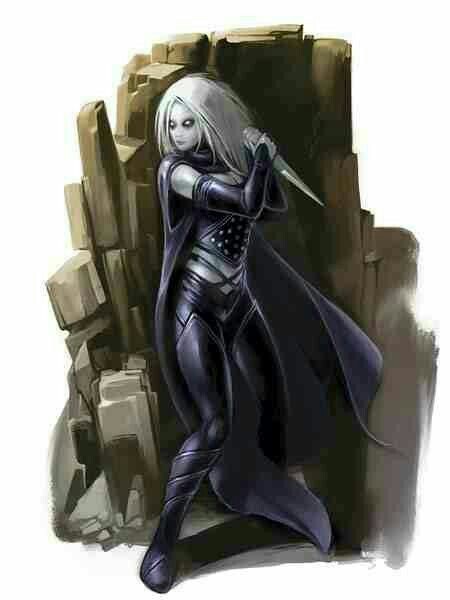 Kal convinced Dharly to "lose" his team in the swamp and fence the relic. Thus began a shady partnership- Kal would use her disguises to learn about hard to find treasures, and Dharly would convince the Finder's Guild to fund the expedition, the House profited, but not as much as the team called the Angels.

In 987, Dharly's superiors sent him to work on a project in Trolanport with a few members of House Cannith. Strictly off record, the finders and artificers were working with Zil engineers to craft new weaponry to turn the tide of the War. Dharly's skills were used to seek out rare materials in hidden cavernous depths below the city, flammable powders and stones used to ignite them in mass quantities. Cannith provided Dharly with a bodyguard for these excursions, a sleek female model warforged called Bo (unknown to all but their makers, Bo and Wright were created in the same secret Creation Forge). 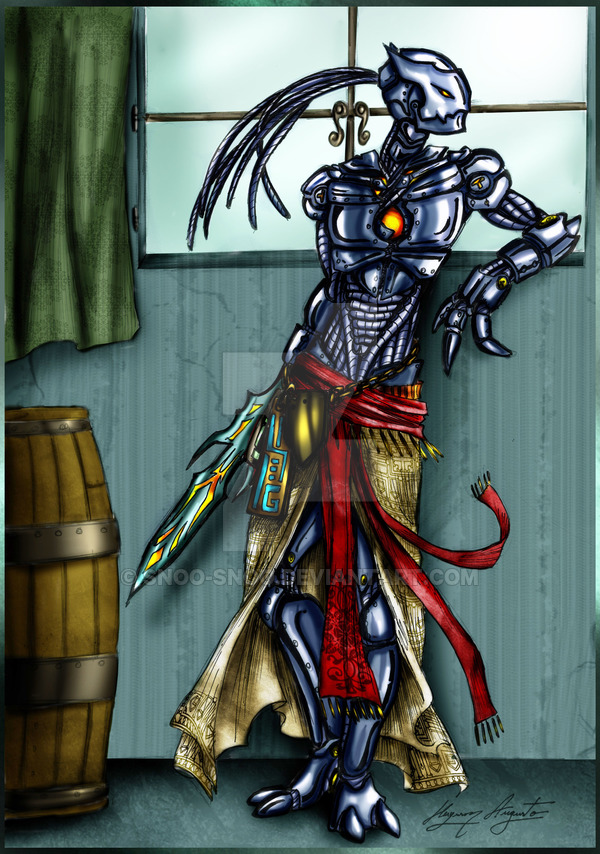 Dharly's ambitions were too grand, however. Although inquisitives could not prove Dharly was responsible for the black powder explosion resulting in the deaths of his Tharashk superiors and Cannith associates, Dharly was excoriated from the House. Stripped of his livelihood Dharly became a gun-for-hire, taking his Angels with him as they fled Trolanport.

For the next several years the group danced between Southern Khorvaire and Xen'drik, fencing stolen artifacts and chasing the X on any treasure map they came across. In Xen'drik and seedier ports Dharly continued to flaunt his dragonmark, counting on his status as an outcast not being widely known outside the House enclaves.

In 998 the renegade team was approached by a shrewd reporter of the Korranberg Chronicle who had carefully tracked their lucrative successes. The deep gnome known only as Specs offered Dharly, Kal, and Bo a chance at a heist of a lifetime- a dragon's hoard deep in the Lost Continent. 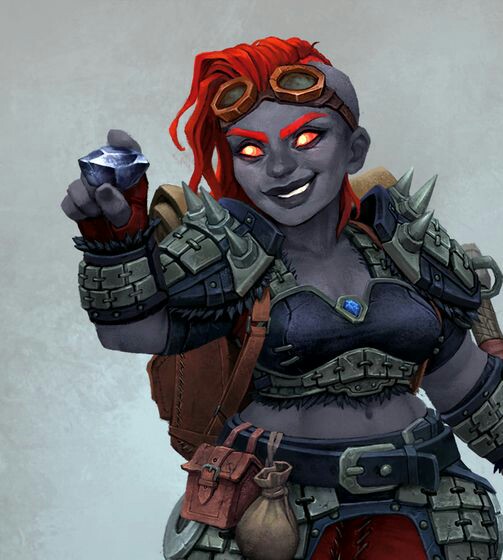